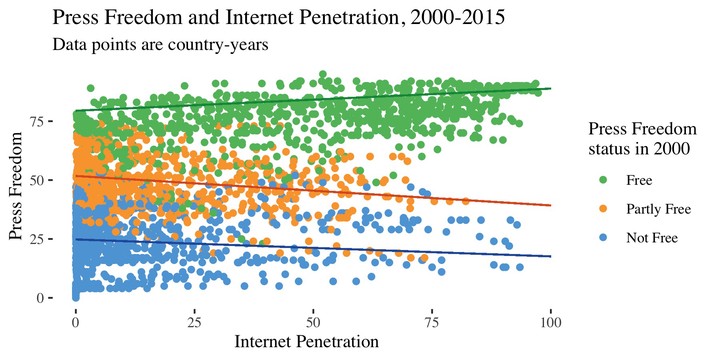 As internet penetration rapidly expanded throughout the world, press freedom and government accountability improved in some countries, but back-slid in others. We propose a formal model that provides a mechanism which explains the observed divergent paths of countries. We argue that increased access to social media makes partial capture, where governments allow limited freedom of the press, an untenable strategy. By amplifying the influence of small traditional media outlets, higher internet access increases both the costs of capture and the risk that a critical mass of citizens will become informed and overturn the incumbent. Depending on the incentives to retain office, greater internet access thus either forces an incumbent to extend capture to small outlets, further undermining press freedom; or relieve pressure from others. We relate our findings to the cases of Turkey and Tunisia.

Type
Journal article
Publication
Accepted at the British Journal of Political Science
Next
What Do We Learn About Voter Preferences From Conjoint Experiments?
Previous
How To Keep Citizens Disengaged: Propaganda and Causal Misperceptions